Hook’em Up Guide Service is your premier fishing charter and guide service for catching salmon, and steelhead trout on the Wilson River.

Everyhing You Need to Know About Fishing the Wilson River

The Wilson River is one of the tributaries that pour into the famous Tillamook Bay. The river is a prime location for catching salmon, sturgeon, and steelhead trout. With its prime location surrounded by beautiful scenary makes it an ideal place to fish.

At about 33 miles long, the Wilson River cuts a river path all the way from the Northern Oregon Coast Range to the Tillamook Bay in Oregon State. 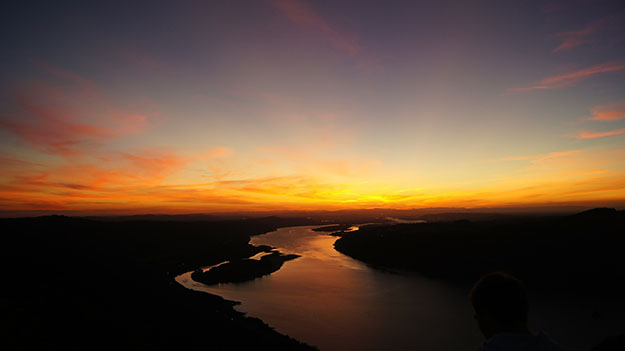 Unlike other rivers in the Oregon area such as the Trask River that have a Coho salmon or silvers hatchery and subsequent adipose fin-clipped Coho salmon runs, Wilson River only has no hatchery-bred Coho and therefore only wild Coho salmon runs.

It means that the wild Coho are catch and release except only when there is a limited retention days window given by the Oregon Department of Fish and Wildlife. All silvers you catch on the Wilson must be released unharmed.

Anglers tend to compare the Coho and king salmon runs on the Tillamook Bay partly because the September-October Coho salmon fishing season coincides with the fall King salmon run that also peaks in October. Some fishing seasons are characterized by low Coho salmon forecasts and catches while others record more silvers biting even compared to the more dominant kin Salmon runs on the Tillamook Bay. 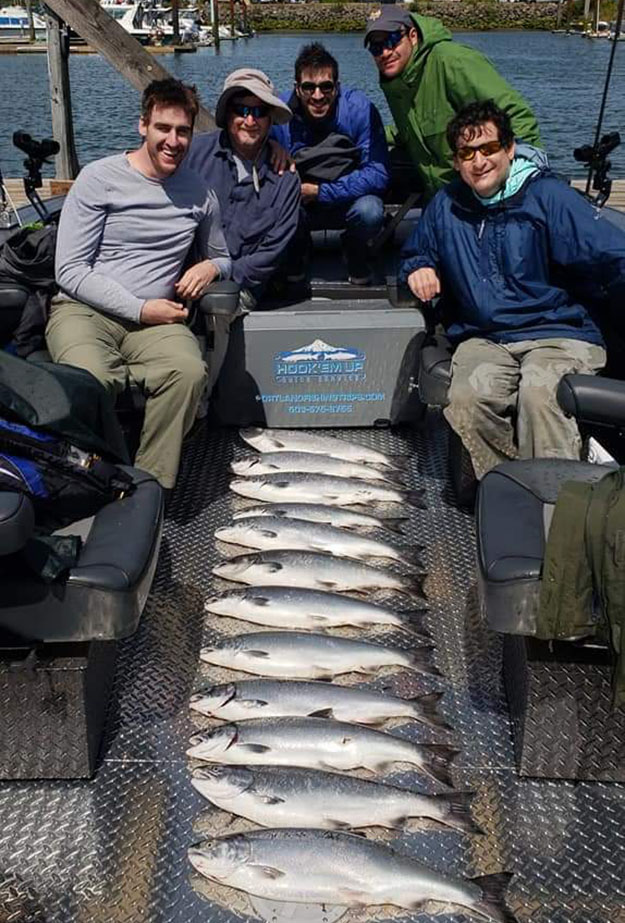 Silvers bite more and aggressively in salt waters from the mixing up of Tillamook Bay Rivers and saline Pacific Ocean waters. Sizeable numbers of the bay’s Coho fish even head up to the Trask River to swim around with hatchery-reared, fin-clipped silvers.

So, most of the time and on many Tillamook fishing calendar years, your Coho salmon fishing will be selective Coho fishing where anglers are only allowed to catch and retail fin-clipped hatchery Coho. What out for non-selective or non-catch and release Coho windows when both wild and hatchery silvers are keeper Coho as per the Oregon Department of Fish and Wildlife regulations. The department usually announces non-selective Coho fishing dates before the start of the Tillamook Coho fishing season.

The Wilson River is a top contender for best Tillamook Bay Chinook or King salmon producing river in the state of Oregon for these reasons:

Most northern Oregon Coast Rivers get huge runs of King salmon and other fish from the Tillamook Bay right after the first considerable amount of rainfall at the onset of the fall King salmon fishing season. Sometimes the King salmon run on the Wilson River even exceptionally peaks upstream as the Chinook numbers start to fall in most of the other rivers in the state of Oregon. 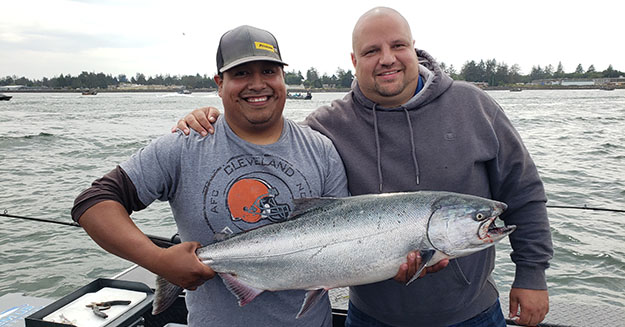 In the past the Wilson River has consistently averaged King salmon catches of between 1000 and 2000 fish per chinook fishing season, especially in the fall months and even past the 2000 fish mark when the King salmon forecasts are higher.

When chasing after King salmon on the Wilson River, hit the river form in the Siskeyville in the tidewater. These waters should be already King salmon-rich by September with strong Chinook runs going into October.

You can also opt to try your luck at catching the brightest King salmon at Blue Hole in the Ming Creek Access Area or its complementary fishing spot, the Mill bridge area. The Mills Bridge to Sollie Smith waterway is an exceptionally great drifting stretch for boaters hunting King salmon.

For more bright Kin Salmon fishing head up the main Wilson River system. Anglers looking for the dark King salmon variety are better off fishing over 8 to 10 miles above tide water way higher up the Wilson River.

In the past, the Wilson has been known to have runs that surpassed 4500 steelhead, but in recent times forecasts and actual catches are usually half of that. Bright steelhead are more of the norm on the Wilson River. They are readily available on all of the river’s fishing zones. Anglers can catch these bright steelhead while in great shape right out of the brackish waters near Tillamook as well as in the upper reaches smack in the intersection of the South Fork and the lower mile of the South Fork.

Heavy winter rains might make the lower river too murky for steelhead angling leaving anglers with the alternative which is the much calmer waters of the up the river.

The opposite is also true. Calmer and clearer upriver waters could make the steelhead comfortable enough not to bite even when anglers are using lures and live bait fish. The trick would be for fishers to head downstream to the lower rivers and strive thorough t ever murky waters in pursuit wild, native steelhead and hatchery steelhead that are just arriving during the holidays at the onset of the winter fishing season.

The steelhead may be reluctant to bite in clearer upriver waters but this isn’t necessarily a problem for experienced Tillamook fishing charters. The solution is to fish stealthily by casting a little bit farther than you would from your fishing boat and employing smaller bait and lures to trap the steelies. Hunting the steelhead in clear water in lower-light conditions such as early mornings or evenings would also be a great hack.

For anglers looking to catch a boatload of steelhead, Siskeyville to Tillamook is your best bet. It’s the spot that drifters and Tillamook fishing charters frequent for an almost guaranteed sizable catch of steelhead.